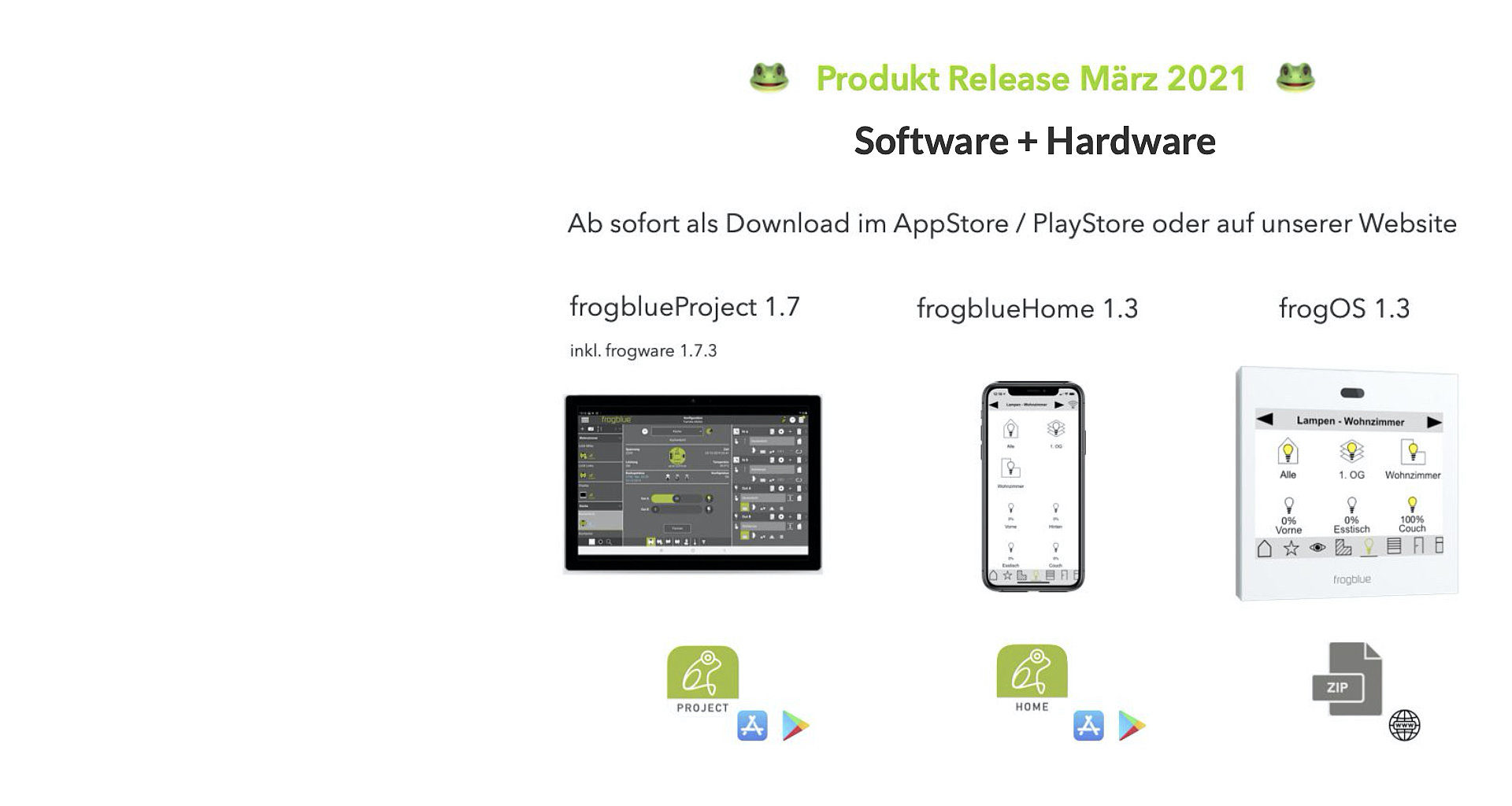 The update of the frogblue ProjectApp for the configuration of the frogblue components is extended by essential functions. For example, the configuration of the shading control has been extended with new features and allows an easy and intuitive configuration. New areas, such as floors or buildings, allow additional structuring levels within a project. In addition, new output types have been added to the system. Outputs such as “ventilation”, “furniture lock” or “pump” expand and simplify the configuration options. Additional input types such as “Status smoke” round off the processes in the frogblue Smart Home. The frogKey can now be integrated into several projects with the MultiProject option and thus control e.g. the home and the workplace.