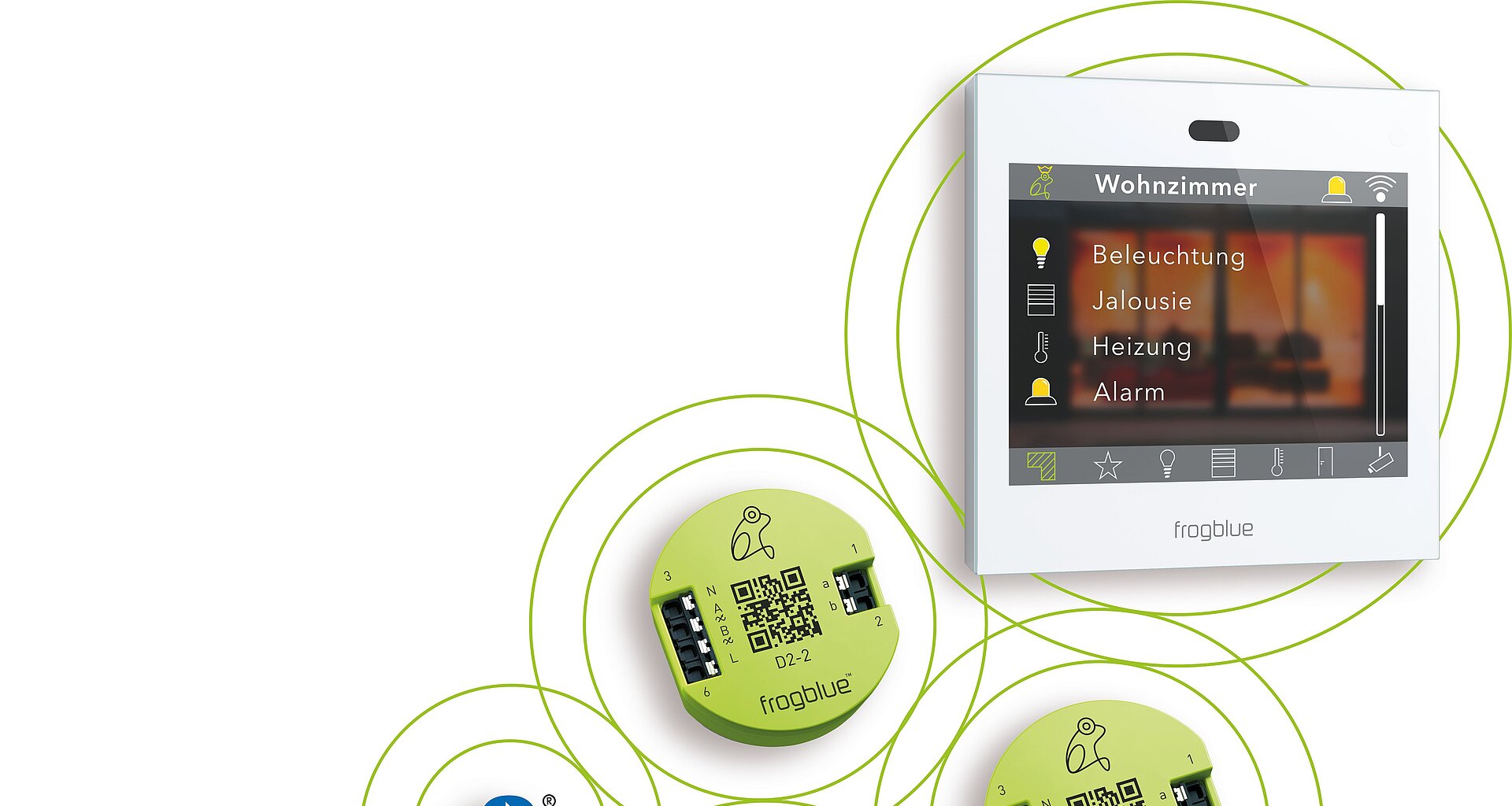 The frogs can now also be utilised for KNX, Telephony and Onvif.

frogKNX makes the KNX world wireless. The Bluetooth-based “frogs“ can be integrated into existing KNX installations as a bridge and thereby flexibly complement the cable-connected system. An advantage for KNX customers who want to subsequently expand their Smart Home without pulling through new cables. But also for specialist electricians: The installer can continue to work in their usual installation environment. The frogKNX is connected to the KNX control cable and configured with the ETS5 software. This makes the frogs into real KNX devices. Additional configuration via the frogblue ProjectApp is therefore omitted. The KNX-frog itself regulates Bluetooth communication with its other “frog colleagues“ and is encrypted twice. In contrast to a wireless solution, higher ranges are achieved, among other things, since messages are automatically passed on by intermediate positioned frogs.

frogDisplay enables the telephone and alarm functions. The frogblue system now provides a telephone function and Onvif-camera integration (open network video interface forum. The frogDisplay can therefore also be utilised as an alarm system in addition to the system control function. It acts like a SIP phone and uses, for example, the Fritzbox as a telephone station in order to initiate a telephone call or send camera images to the display with certain incidents. Every incident can be assigned its own voice message, which must be confirmed with a PIN. In addition, communication also functions the other way round: Calling up the frogDisplay makes it possible, for example, to open the door, switch on the light or to switch the alarm system to activated and/or deactivated.

Compared to possible Internet access, telephony has the advantage that every call is logged and every contact call is stored, even when the user cannot be reached. Any camera system can be integrated into the frogblue solution by utilising the standard Onvif interface.